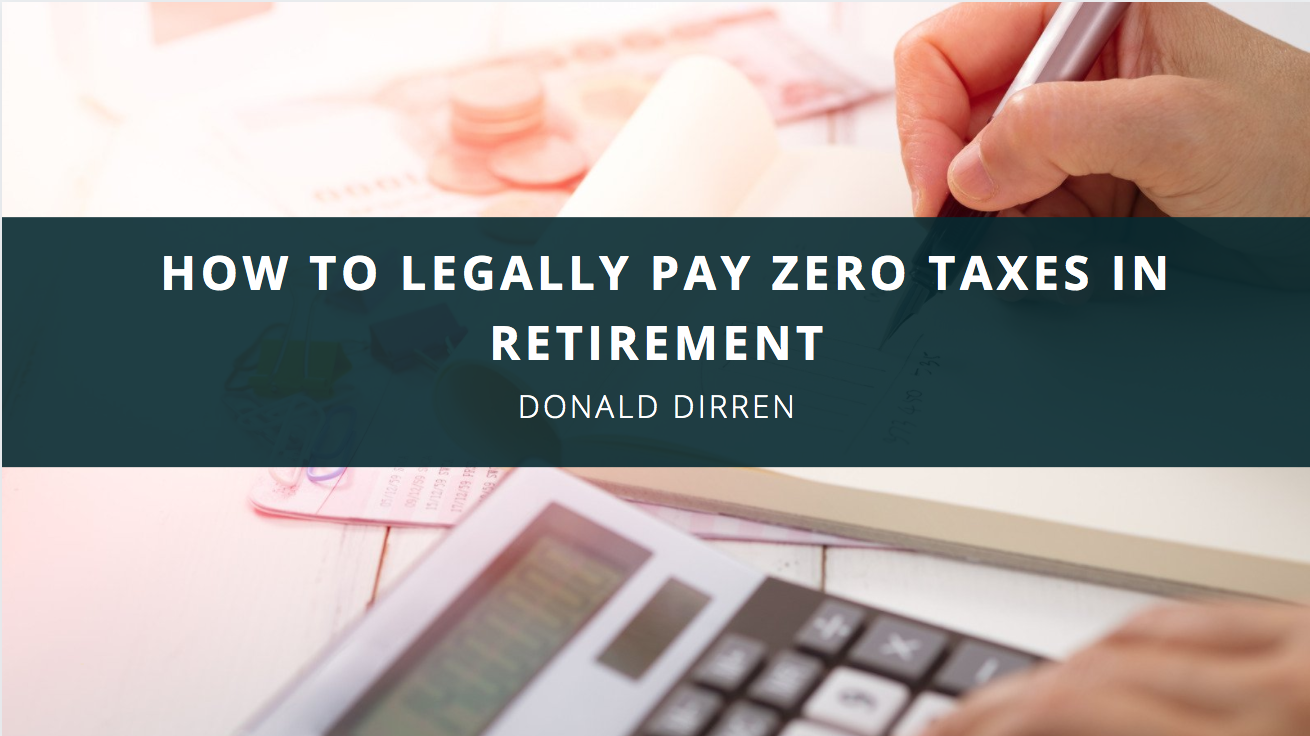 Retirement is a stage in life many people anticipate. It’s a time when stresses about work and money are meant to be minimal. However, that’s not necessarily the way it works for many retirees, as a number of financial surprises can arise. Financial advisor Don Dirren recently discussed unexpected taxes during retirement and how to avoid them legally.

Don Dirren explained that those who have been putting their retirement savings in a retirement account that’s tax-deferred, like a 401(k), 403(b), or IRA, are bound to be shocked when they start withdrawing that money. Don Dirren added that when an account is referred to as tax-deferred, that doesn’t mean you don’t pay taxes on it. That only means you pay taxes on it when you need the money in retirement. Unfortunately, that money is subject to the tax rates at the time you take it out, which means tax rates could increase between now and then.

Don Dirren explained some of his best tips for enjoying a tax-free retirement. One of these ways is to convert traditional retirement accounts to Roth IRA’s. The current IRS regulations allows for conversions at any age, in any amount and any time. The Roth provides tax-free income and passes to your spouse and children tax-free. It also helps to reduce or eliminate taxes on your social security.

Don Dirren also unveiled a little-known tactic associated with life insurance. He explained that life insurance is an important part of any retirement plan, especially if you want to avoid taxes, which most retirees do. Don Dirren stated that this tactic involves using a dividend-paying whole life insurance policy. The goal of this strategy is to use the tax-deferred growth that takes place on earnings in life insurance policies, then use tax-free loans to use your cash when you need it in retirement. Don Dirren explained the retiree must then pay himself with the interest and pay back the loan. While this may sound difficult and time consuming, expert financial advisors like Don Dirren can easily guide you through the process.

Don Dirren explained another way to avoid retirement taxes is to move to one of the seven states that doesn’t have income taxes. Such states include Florida, Alaska, Nevada, South Dakota, Washington, Wyoming, and Texas. Don Dirren added that there’s a reason — in addition to the warm weather — that Florida is such a hotspot for retirees.

Don Dirren finished by stating that paying fewer taxes in retirement means more money saved for enjoying life. He encouraged everyone to speak with a qualified financial advisor about minimizing retirement taxes before it’s too late.