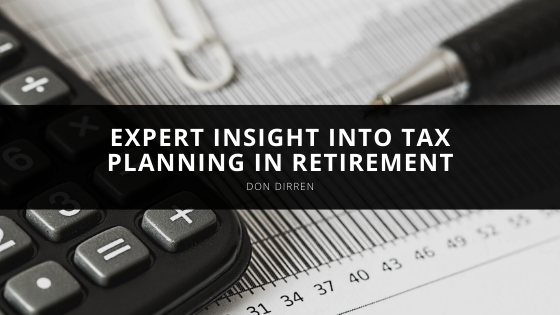 With more than three decades of experience under his belt, financial advisor and Social Security planning specialist Don Dirren says it’s vital that everyone understands how to manage their taxes in retirement. Focusing on two particular areas, and speaking from his office in Phoenix, Arizona, Dirren offers an expert insight into tax planning in retirement.

“For those with a provisional income of less than $25,000, their Social Security is not taxable,” Dirren explains. This, however, he goes on, only applies to single individuals. “Married couples filing jointly,” adds the expert, “are not entitled to a tax-free provisional income of $50,000, as you might expect, but rather a reduced, combined total of $32,000.”

Both totals, according to the Social Security planning specialist, are after deductions. “Furthermore, only half of an individual or couple’s Social Security income is included in provisional income calculations,” he adds.

Individuals or couples with incomes above the provisional levels set by the Internal Revenue Service can expect to pay taxes of 50 percent on their social security income. “Those with higher incomes may even be expected to pay up to 85 percent of their social security benefits in tax,” reveals Dirren, “which is why it’s so important to understand exactly how Social Security is taxed.”

Anyone in any doubt, he says, about where they fall on the Social Security tax scale, should consult with an expert for further insight into tax planning in retirement and when to begin drawing social security.

Next, financial advisor Don Dirren turns to investments, and how to manage them into retirement. “When considering tax planning in retirement, it’s important to manage all investments based on their tax classification,” he suggests. For example, it’s largely inadvisable, says Dirren, to have Roth, trust, and individual retirement accounts in the same kinds of investments. “A Roth portfolio grows tax-free, including withdrawals,” he explains, “so this should be an individual or couple’s preferred investment choice and managed in a conservative manner.”

A traditional individual retirement account, meanwhile, should, Dirren says, be used for income while tax rates are low. “With RMD’s now pushed back to age 72, IRA’s should be aggressively converted to Roth IRA’s and used for monthly retirement income at today’s low tax rates” adds the expert.

Buy and hold positions—or managed stocks and bonds—on the other hand, Dirren believes, are more suited to a trust account. “A trust account,” he points out, “receives a so-called step-up in cost basis when a person passes away.”

“For couples, this means that the surviving spouse,” adds Dirren, wrapping up, “may then sell up and be required to pay no or very little capital gains taxes, much like with a Roth portfolio – something which is important to keep in mind when considering tax planning in retirement.”